← more from
Dominus Records
Get fresh music recommendations delivered to your inbox every Friday.
We've updated our Terms of Use. You can review the changes here. 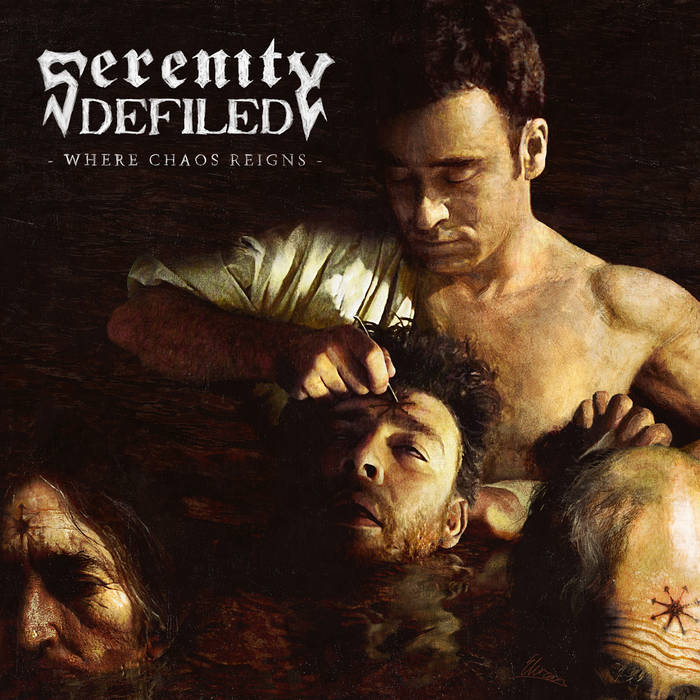 On October 15th 2012, Serenity Defiled released their debut album "Where Chaos Reigns", with the CD version following in early 2013. From the outset, the goal was to capture the intensity of a live performance and the result was an energetic but stripped back professional production with a what-you-see-is-what-you get attitude. "Where Chaos Reigns" is a brutal mix of the bands old school thrash and classic death metal influences. It's raw, it's brutal, it has real drums, cranked tube amps, no Autotune, no quantizing to a grid. It's metal done the old-school way. The album features nine punishing tracks that's not for the fragile souls among us, but we're sure fans of extreme metal will love it!

It’s pretty rare for an Australian band to smash out a debut such as Serenity Defiled’s Where Chaos Reigns. Make no mistake, this will smash you in the face for its full 31 minutes after which you'll turn to your mate and say "What the fuck just happened?"

Formed in Broken Hill, New South Wales and featuring members of thrash band Fury plus a few session solos thrown in by Lord Tim from Lord, this album will have heads nodding in appreciation universally. Straight out of the blocks, first track ‘Next Of Kin To Chaos’ smashes the listener right between the eyes. It’s a relentless introduction to shatter whatever pre conceptions you may have had of this band and a frenetic start to the album. Stand by for the impending ear bleed that beckons.

‘Rancid Soul’ is next, a track full of pulverising drumming with singer, Mick O’Neil growling his lyrics with an almost Anselmo-like aggression. ‘Infestation’ is a highlight track of the album with a slow intro bursting into a thrash guitar laden heaven. Duelling guitars, killer solos, it's almost as if this band has been hanging out with Slayer for a few years. ‘Evolution Of The Beast’ is another thrash attack but you could say that for each and every song. All well orchestrated thrash metal tunes with a pinch of death metal thrown in here and there. It’s clear that Serenity Defiled are experienced operators in their craft from their history in other bands and have laid their cards on the table on this debut.

A stripped back production but nonetheless a first class sound provides an almost live intensity. If thrash metal from the 90s is your thing, you will drool upon first listen of this beast. Old school indeed but refreshing to hear nonetheless, it's 31 minutes of Australian thrash metal at its finest.

Bandcamp Daily  your guide to the world of Bandcamp

Quelle Chris joins the show to discuss his most recent release, "DEATHFAME"